As an energy efficiency consultant, my primary job is to recommend energy projects to my clients. More often than not, they base their decision to implement the project on its cost-effectiveness. For energy retrofit projects, establishing payback is fairly easy – the project costs $X, and we calculate (or better yet, measure and verify) that you save $Y per year as a result. However, those values always assume that the project is installed and operates properly, and the only way to ensure that is the case is to properly commission the systems. However, when it comes to commissioning, the pathway from expense to annual savings is not always linear.

With commissioning, an often-expensive project line item and the first target of some value engineers, it is difficult if not impossible to quantify its benefit before carrying out the process. For those who don’t know, commissioning is a quality assurance process that ideally begins during the design phase, and concludes with functionally testing newly-installed equipment before and during occupancy.

For building energy projects, whether clients focus on simple payback (how many years until I make my money back?) or more complex analyses like NPV or MIRR, there is always the expectation of quantifiable on-bill energy cost savings. Since the return on commissioning is unknown before beginning, it can’t be quantified with your typical payback equations. So, it’s often hard to convince building owners of its value.

In a perfect world, if a project is designed and implemented 100% correctly, the commissioning agent would find no issues during testing, and there would be $0 in additional annual savings resulting from commissioning. However after almost 15 years in this industry, I can count the number of projects that I’ve seen implemented 100% correctly on zero hands. There is always a corner cut, a sequence mis-interpreted, an error made, or sometimes, just a difference of professional opinion. That’s where the value of commissioning comes in, and given what I’ve seen in the field, this quality assurance process is worth every penny.

In the most recent project I commissioned, this value was evident in numerous instances. In some cases we could quantify the value, but again this was after commissioning began. For this post I will keep this client anonymous because my intention is to demonstrate the observable value of commissioning, and not call out a specific group. I find implementation issues in nearly every project I commission, including projects at public school districts working on low-bid contracts, to billion-dollar corporations who have the most expensive contractors in the world implementing their projects.

This project included installation of a large number of multi-zone rooftop units. The design engineer’s sequence of operations called for the air-side economizers to open whenever outside air temperature was below 72 °F, was less than the return temperature, and the unit was in cooling mode.

During functional testing, we observed the air-side economizer high-limit lockout was set to 53 °F rather than 72 °F. The supply air temperature set point was 65 °F. So with the economizer sequences as implemented, the dampers wouldn’t start opening until the outside air temperature was below the supply temperature. The result was the damper remained closed during all of the prime weather conditions when it should be fully open (between 72 °F and 65 °F outside air temperature), and if/when the dampers did open below 53 °F, they’d potentially do more harm than good by increasing the heating load in zones calling for heating.

By putting this revised economizer lockout into our energy simulations, I quickly verified this incorrect lockout was costing the client approximately 50% of our expected energy savings for the measure, or roughly $10,000 annually. Thankfully, the installer adjusted set points in the field during functional testing, so the client should start seeing increased energy savings from day 1 following our functional tests. 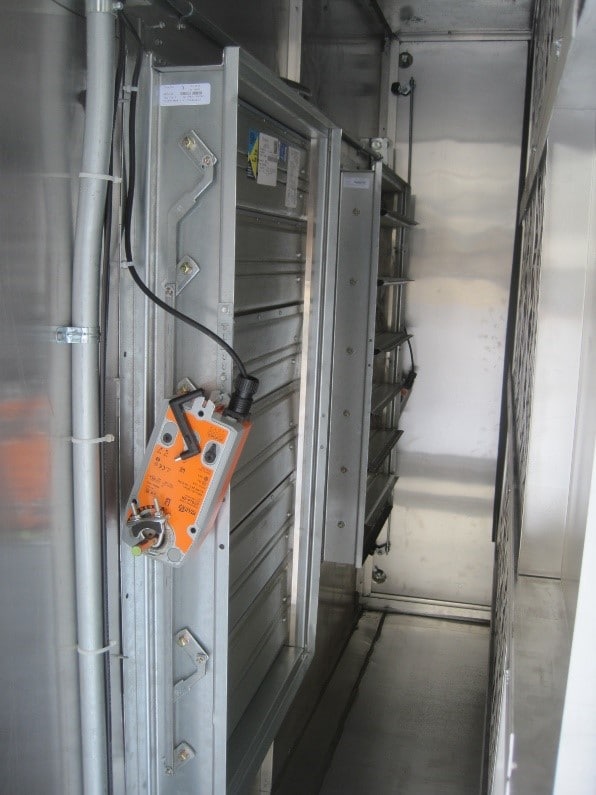 Figure 1 – OAT Damper (left) closed. Outside Air Temperature was 65 °F at the time.

Like the economizer issue above, during functional testing we found the heating and cooling air temperature resets were not programmed according to the design parameters. The design sequences called for the following reset parameters:

Whereas in the field, we verified the following reset parameters (differences highlighted yellow in the chart below). Not only would the resets, as implemented, be less energy efficient than the proposed sequences, but the potential high supply air temperatures of 110 °F under the coldest conditions could easily have led to stratification of the space, and thus significantly limited the heating capabilities of the system.

Again, this issue was corrected in the field by the contractors accompanying us through functional testing. Based on our calculations, these resets accounted for 20% of the energy savings for these units, or approximately $7,000 in annual energy costs.

This project also included adding occupancy sensors to control single-zone HVAC units in various sporadically occupied areas. The intention was to set back room temperature set points by a couple degrees when the rooms were unoccupied.

While all of the communication between the sensors and the building energy management system seemed fine, and the sequences were programmed correctly, our testing discovered that a vast majority of the sensors took a number of hours to transition into ‘unoccupied’ mode, and some remained ‘occupied’ continuously even though we controlled the environment to ensure that nobody entered the room.

Working hand-in-hand with the controls contractor, we eventually determined that the sensors, which are dual-mode PIR and ultrasonic, were installed inside the minimum manufacturer’s recommended 4-6 foot range from supply air registers. It was the supply air itself that was falsely triggering the ultrasonic component of the motion detector, thus preventing the system from going into unoccupied mode. Not only did we identify the issue, but during testing we confirmed that this issue could be prevented by turning down the ultrasonic sensor sensitivity, and (thankfully!) did not require re-locating every one of the hundreds of sensors that had already been installed.

With about 60% of the sensors not working correctly, had they been left to operate as installed the client would have been leaving about $17,000 in annual energy savings on the table ! 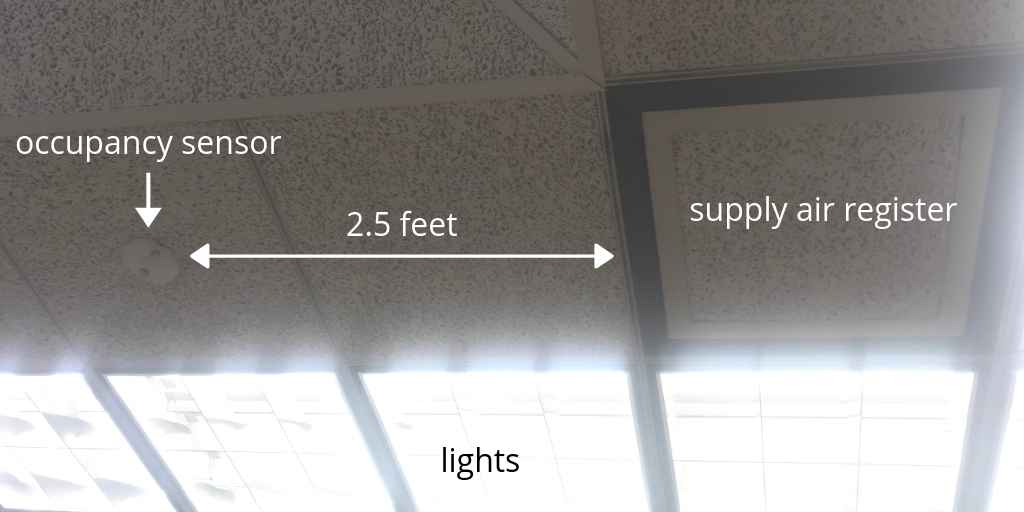 4. Outside Air Dampers Not Installed

This last example didn’t have any quantifiable cost savings, but instead resolved a potential issue of occupant health and safety. Resolving a serious safety concern trumps any potential on-bill savings in my book, and thankfully that went for all parties in this project as well.

During our review of the air balance reports for this project, we identified that the new packaged rooftop units were installed without any outdoor air intakes. There are no operable windows in the building, so without minimum outdoor air intakes the ventilation rate was WELL below ASHRAE standards for a healthy building environment.

This error was the result of a misunderstanding between the design engineer and the installation contractor, which, again happens to varying degrees on EVERY project. Though we can’t quantify on-bill savings from this issue, I think it’s safe to say that if a building occupant suffered adverse health effects as a result, and the client was found negligent, the resulting legal penalties and fees could have vastly outweighed the energy cost savings from the other issues we identified, or the entire project’s energy cost savings by a large margin.

Thankfully we identified the issue in a timely fashion, and all parties worked to correct the issue as soon as possible. By the time we conducted our functional testing, the air intakes were installed and operating as originally planned. 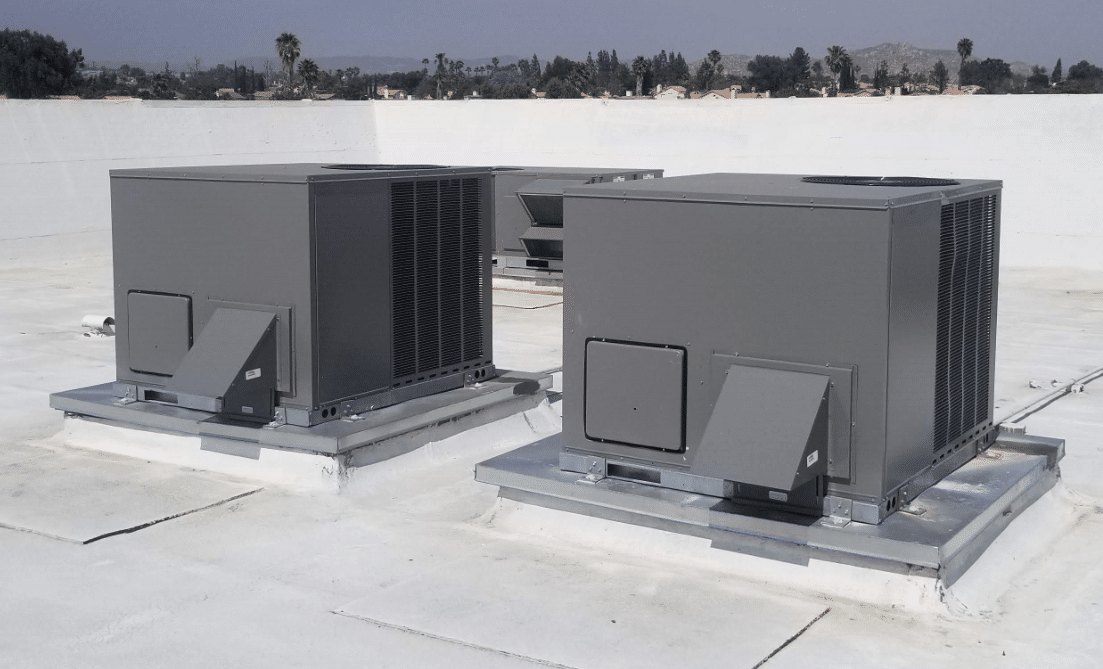 Experience Shows You Will Benefit from Commissioning

Commissioning can be an expensive project cost, particularly as it is a soft cost with no tangible equipment associated with it. With limited construction timeframes and low-cost drivers, we understand it’s tempting to overlook or curtail it by hiring “drive-by” or “rubber-stamp” commissioning agents. But as shown here and witnessed throughout my career, there is real value in commissioning, both in on-bill savings and ensuring occupant comfort and safety. Though the impacts aren’t always as easy to quantify, you are guaranteed some return on investing in good quality commissioning. While I can only convince you with my past experience and anectodal information, I encourage you to reference my examples in your own attempts to demonstrate the value of commissioning on your buildings or your clients. If you have any questions about commissioning your next project, contact us anytime.