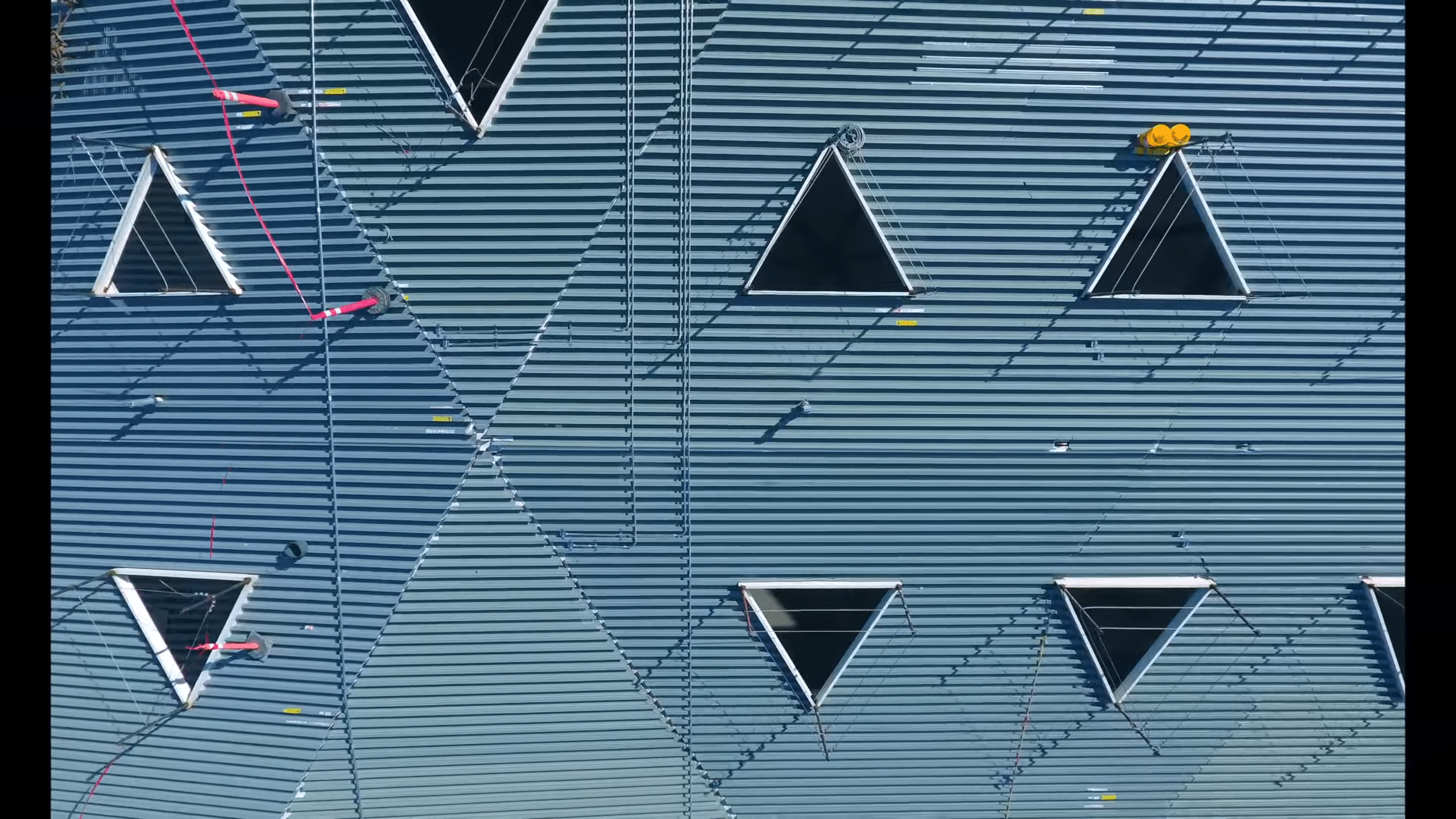 Unfortunately, in the world of building design, feedback is often lacking. Most architects and engineers work on new buildings, and once commissioning is done, there’s little opportunity (or budget) to review the impact of design choices, positive or negative. Without a feedback loop from commissioning teams, buildings may be doomed to inefficient and troublesome operation caused by poor design choices that could have been avoided with proactive input during the design phase.

At kW we work mostly in existing buildings and performing commissioning rather than new construction building design. So, we get an earful from building staff and occupants on what works and what doesn’t after the building is in full operation. But most architects and design engineers often don’t have the opportunity to receive that feedback.

I think this idea is what my buddy, David Gottfried, had in mind when he invited me to a design charette for a new building a few years back. He asked me to participate and represent the operational efficiency side of things. The building was to be the new corporate HQ of NVIDEA, a hugely successful Bay Area company who made their name in computer 3D rendering. Since graphics and 3D is their core business, they wanted an HQ that represented that. So, they chose a building design based upon that a basic 3D rendering concept; you can represent a smooth surface with triangles – lots and lots of triangles. The more triangles you use, the better your rendering appears, and the closer your rendering matches a smooth surface.

Can you see where this went? A roof made of triangles.

The idea was simple – make this undulating, wave of a roof from triangle pieces – some solid, some glass skylights for daylighting. Sounds cool eh? At a glance yes. As you can see in this YouTube video, the building is stunning. Upon closer inspection maybe not so much. While it’s eye catching, I’m not a fan and here’s why.

During the charette, problems were appearing. NVIDIA staff assisted with rendering the design so that the design team could see the impacts of their choices. The triangular skylights were going to be glare bombs, resulting in patches of blindingly bright daylight roaming across people’s workstations as the sun tracked across the sky. What’s one to do?

The solution was to install deflector shields under the skylights to diffuse the light through reflection and diffusion. Now that should have thrown up warnings for any self-respecting architect in my opinion. Your design isn’t especially elegant if it requires you install additional blocking for a “feature” that you put there in the first place.

How a Roof Can Optimize Daylighting

What if instead, your design captured daylight in an entirely useful way, like clerestories do? Especially those that face north. An excellent example is Sun Power in Richmond, which isn’t a new building at all, but an adaptive reuse of an old manufacturing site. 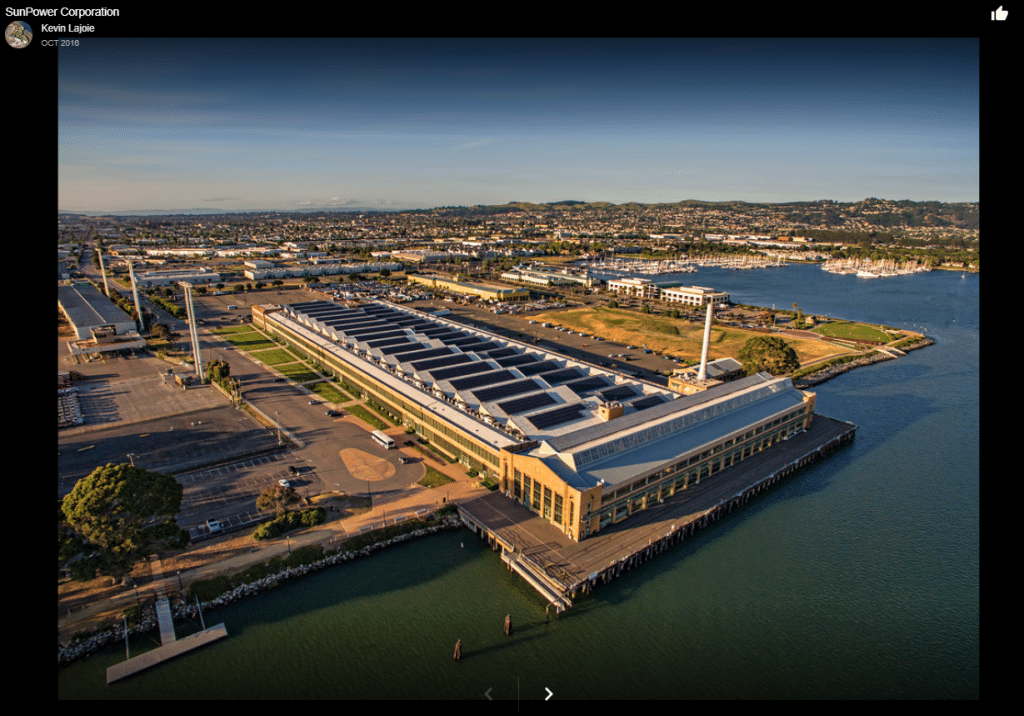 Sun Power’s building in Richmond CA is a beautiful example. They brilliantly re-developed this building that has a sawtooth roof construction. In my opinion, a sawtooth roof is the standard by which all other roofs should be judged. It’s brilliant. It utilizes daylight from north-facing clerestories to provide useful, glare-free daylight from sunrise to sunset. Those windows provide an opportunity for natural ventilation (i.e. no fan power) when needed. And as you can see in the picture, putting north-facing vertical windows means that you have these, sloped, south-facing inclined roofs – at an optimal angle for photovoltaics. This is my gold standard – beat this roof and you get a building permit. But then I’m not an architect.

The NVIDIA HQ roof, however, forced me to rethink what a roof is, or should be. A roof has only one real purpose, and, as the above example points out, some bonus points to be earned. The only real function of a roof is to provide shelter from heat, cold, sun, and the elements. And conversely, how does a roof fail to do that? By leaking – it’s really the only way that roofs regularly fail (omitting structural failures which are infrequent yet catastrophic). If you talk to a roofer about what makes a roof leaky, they’ll point to the vulnerable spots; edges, joints, corners, seams, any interruption to a flat surface. Exactly what the NVIDIA HQ roof has in spades, or rather in triangles. Lots and lots of triangles equal lots and lot of edges, seams, joints, and corners, and lots of potential points of failure.

I hope I’m wrong, but I’d be shocked if this roof doesn’t leak, and in my mind that’s a design fail that was baked in from the start. I regret not jumping up and down during the design charette but I don’t think it would have helped – the design team was way too far down the track for one curmudgeonly mechanical engineer to stop the train.

Benefits of a Well-Designed Roof

But this roof won’t only fail on this front, because the design also made it harder for the roof to do a lot of other things we’d like a roof to do. Bonus features a roof might provide:

None of these options work well on NVIDIA’s roof. I don’t know for sure but imagine there are some facility engineers struggling to keep this building from leaking, overheating, and overcooling. 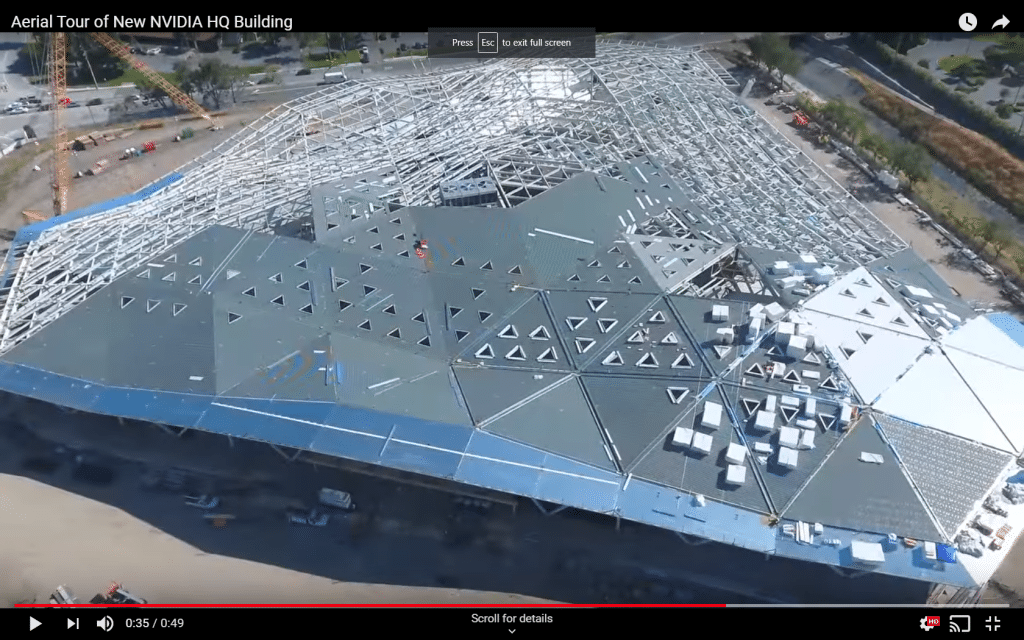 I think we missed an opportunity here. We forgot to adapt the basic principle of NVIDIA’s rendering approach that makes virtual environments so compelling. Triangles, and their compositions can match any surface in a way that, when smoothed with your eye and scale, look real. Had we applied the same principal at NVDIA, the roof could have had a much smoother, perhaps stretchy skin, draped over that rigid triangular structure. This would have accommodated north facing windows for daylighting, and perhaps a new, smooth, wavy, sawtooth design with none of the potential headaches of all those edges, joints and seams.

I hope that I’m wrong and all is well at NVIDIA HQ. I’d love to hear from anyone who has experience with the building, how it came together, and how it works as an office space.

I feel somewhat responsible and won’t be as shy at my next design charette. Though if I’d been brought in sooner during the design phase, I would have felt more compelled to speak up. Architects and design engineers need early feedback to avoid going too far down the rabbit hole of inefficient design for the sake of architectural interest. When you start by thinking through the obvious – what is the experience of this design going to be, and what are the intended outcomes, you’re more likely to end up with a design that withstands the test of time. If you’d like to speak with us about your building, and how adaptive reuse might make it more valuable, let us know.