Trust, but verify. Seems reasonable, but sometimes in commissioning I think ‘always verify’ is a better phrase.

Investigation is key in retro-commissioning

We were completing a retro-commissioning project on community college building in Southern California and noticed something off in the trend data. The economizer on two air handlers did not seem to be functioning optimally. We suspected the dampers were not fully opening or closing.

We asked the controls contractor (prime) to investigate. They asked their mechanical sub-contractor to check the dampers and make any needed adjustments. After this was completed, I got the following email that indicated it was taken care of.

You can then see by afternoon, the mixed air temp was tracking the lower of the two.

For AHU-1, the data shown in the graph below still showed a problem.

The afternoon data shows that the mixed air (orange line) is actually tracking closer to the return air (red line) than it was in the morning. The damper position was correctly at 100% open (bottom graph) but the temperature is not tracking the outside air temp.

Based on this data, we knew this unit was either not repaired, or something else is going on. Since the data shows that it should be working. Issues like these require a physical inspection.

What we found on site was not one, but two, issues.

First, we found that the damper control was accidentally left in ‘Hand’ mode. Thus, it was not responding to the control signal from the building automation system (BAS). 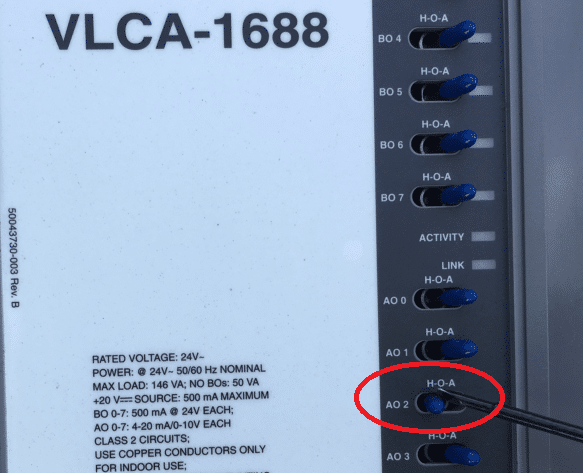 Second, we found that the control wire to the actuator was left disconnected. 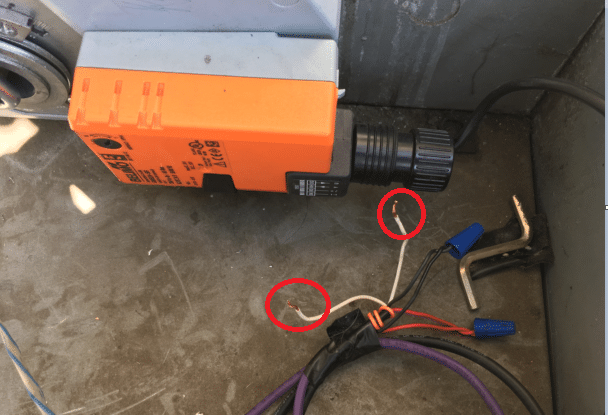 Issues like these are not uncommon during energy projects. People make mistakes which is why commissioning systems is essential for reliable and optimized building operation. So, please double check those contractor “adjustments”! Don’t just trust, always verify. If you would like to discuss retro-commissioning or optimizing your building or portfolio’s energy use, contact us anytime.

Another Note: Mixed air temperature sensors can be tricky and sometimes not an accurate representation of the true temperature. It depends on where the sensor is located, what type of sensor it is, and how mixed the air streams are; it’s a good idea to visually verify all these things when working with economizer data. We always recommend an averaging sensor that is strung in front of the air filter bank.