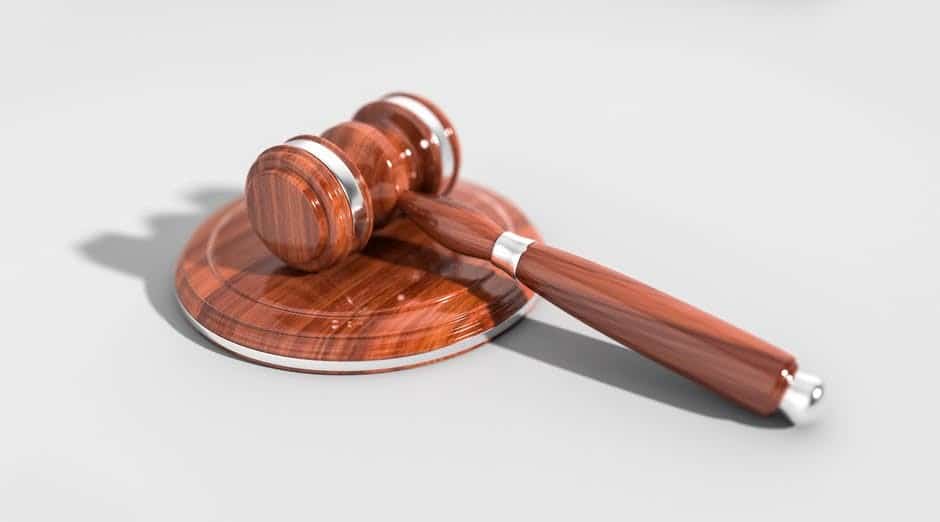 We’re only just past the halfway-point of the year, but things have been abuzz in California’s energy policy world. Below are a few bills and general policy items you should be keeping an eye on:

On May 31, the CPUC (California Public Utilities Commission) approved the Energy Efficiency Business Plans, which illustrate a roadmap for continuing to advance energy efficiency in the state of California. These plans explicitly apply to eight program administrators, of which there are four IOUs (investor-owned utilities), three RENs (regional energy networks), and one CCA (community choice aggregator). These include PG&E, SDG&E, SoCalGas, SCE, BayREN, SoCAlREN, Tri-County REN, and MCE (Marin Clean Energy). These business plans extend out to 2025 and align with SB 350’s goal to double California’s 2015 energy efficiency savings by 2030.

This is big news because going forward, 60% of the entire energy efficiency portfolio will lie with third-party implementers, and these plans will kick off the biggest solicitation of new energy efficiency program ideas in over 10 years.

The solicitation process has already begun – currently PG&E, SCE, and SDG&E have started the RFA process for some of their Open Sector and Statewide programs. Launch dates are scheduled to be as early as a year out from now, in Q3 of 2019.

Starting in 2017, the CPUC began a conversation about the risks and opportunities that existed in an electricity sector with a burgeoning amount of customer choice. This effort was continued into 2018 when the PUC issued a draft paper titled “California Customer Choice: An Evaluation of Regulatory Framework Options for an Evolving Electricity Market”, which is now also known as the “Green Book”. The paper includes lessons learned from previous regulatory experience (California Energy Crisis included), as well as a roadmap forward to try to maximize the potential of the new electrical sector landscape. 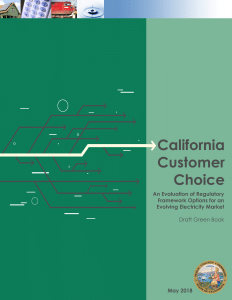 Although the “Green Book” is not specific to CCAs, its formation has at least been partially driven by how quickly these entities have taken shape. According to Lean Energy, a CCA-advocacy group, CCAs allow “local governments and some special districts to pool (or aggregate) their electricity load in order to purchase and/or develop power on behalf of their residents, businesses, and municipal accounts”. There are still numerous issues between CCAs and IOUs that need to be worked out in terms of existing contracts, liability, grid security, as well as administrating energy efficiency programs (as MCE will begin to do). The “Green Book” seeks to chart a steady path forward as the electricity landscape in California continues to rapidly change.

Sponsored by Senator Hertzberg of District 18 (San Fernando Valley area), this bill would require the CPUC to expand the scope of energy efficiency programs that may use normalized metered energy consumption approaches to include industrial and agricultural customers. The bill also outlines procedures and sets response deadlines for the custom review process (aka ex-ante review of custom incentives). SB 1131 passed the state assembly and senate last week and will be heading to the governor’s desk soon.

Introduced by Senator Lara of District 33 (Bell Gardens), this bill places major limitations on the use of HFCs (hydrofluorocarbons) and other high global warming potential (GWP) refrigerants. By doing so the bill hopes to instead encourage the introduction of more climate-friendly and energy-efficient refrigerants into the marketplace. This bill has been passed out of the Assembly Natural Resources committee and is currently with Appropriations.

The phaseout of HFCs would have a profound impact on the air conditioning and refrigeration market in California and beyond. HFC’s have become the “go-to” refrigerants in these applications following the phase out of other ozone depleting refrigerants such as CFCs and HCFCs as part of the Montreal Protocol. With this bill, California would join much of the developed world that ratified the Kigali Amendment to the Montreal Protocol, setting a timeline for the phaseout of HFCs. If enacted, the field of potential refrigerants will be narrowed to “naturals” such as CO2, Ammonia, hydrocarbons, and very-low GWP HFO’s (hydro-fluoroolefins). For more info on naturals see our prior post.

Senate Bill 100, sponsored by President Pro Tem of the Senate Kevin de León, seeks to fully decarbonize California’s electricity grid by 2045, by supplying it with only renewable and zero-carbon resources. California’s current energy portfolio is on track to meet a 50% renewable by 2030 goal previously set by SB 350. After being put on hold in 2017 because of insufficient votes, the bill passed out of the Assembly Utilities and Energy Committee earlier this week and will be headed to floor votes in both houses of legislature later this year.

It’s exciting to be working in the energy efficiency industry at a time when a lot of the rules are changing, but it’s also important to be able to stay ahead of the curve and anticipate a shift in course. While the landscape is uncertain, we’re keeping an eye on the direction that the industry moves in, in order to maximize the opportunities for implementing energy efficiency in any sort of political landscape. So as always, if you or your company have a project in mind, please don’t hesitate to reach out!