ENERGY STAR® Portfolio Manager will be shaking up the energy-use benchmark world by updating their scoring mechanism on August 26, 2018. The bad news is most building owners will see a drop in the current score. The good news is the update is long overdue and new data will better reflect current energy use in buildings across the country.

Why are ENERGY STAR® scores changing?

The new scores reflect updated building energy consumption models based on the Commercial Building Energy Consumption Survey (CBECS), find out more here. Over the past decade, the building industry has significantly reduced energy consumption in our national building stock. The goal of ENERGY STAR® Certification in buildings is to encourage building owners and operators to make continuous improvements. To stay relevant, the EPA updates the scoring approach to set new performance targets.

What do updates to ENERGY STAR® scores mean for your building?

Most building owners will see a drop in the current score. If you’ve already applied for ENERGY STAR® Certification after April 2018, you’ve got plenty to time to put together a plan for recouping some of your lost points.

If you have an ENERGY STAR® score that is close to the 75-point threshold for certification and your last certification was awarded prior to April 2018, you should get ahold of your ENERGY STAR® Certification provider immediately. This year only, the EPA has flexed the rules slightly to allow buildings to sneak in under the wire – even if they were certified within the last 11 months. But, they’re only guaranteeing certification for those who complete and submit their application by July 26, 2018. Applications submitted after the July deadline but prior to August 26 may not make the deadline. Of course, we are happy help.

What data does ENERGY STAR® use to calculate scores?

As I mentioned earlier, the building industry has seen vast reductions in energy consumption as digital HVAC controls, LED lighting, and other cutting-edge technologies continue to grow in market share. ENERGY STAR® scores continue to be based largely on data collected from the 2003 CBECS. That’s right, the ruler against which we’re comparing modern building energy consumption was last updated based on data collected when 50 Cent’s In Da Club was on top of the bill board and my fellow nerds and I were looking forward to the cinematic conclusion of the Lord of the Rings.

The 2007 quadrennial CBECS effort used a new data collection methodology to maintain the same number of properties in the data set, while operating on a fixed budget unadjusted for inflation. The Energy Information Administration (who oversees the survey) only discovered fundamental data quality and reliability issues after the survey was complete. Thus, we extended our reliance on CBECS 2003. Hopes were dashed when the 2012 survey was subsequently cut due to a 15% budget cut at the EIA, only to be resurrected in 2013 with a retroactive analysis period covering 2012. Who says the federal budget isn’t a spectator sport? 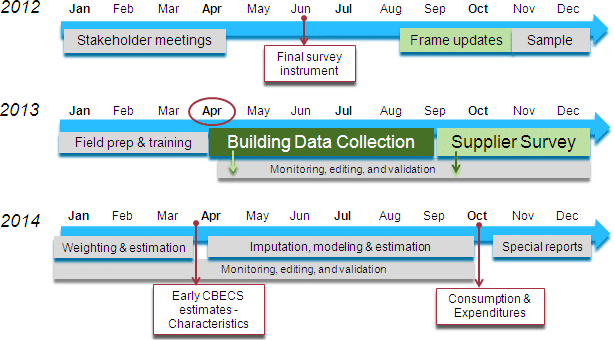 Data set analysis takes a few years, so the 2012 data collected in 2013 was then released in 2016 to great fanfare. With new, reliable CBECS data in-hand, the EPA’s ENERGY STAR® Portfolio Manager team could then revise the metrics characterizing building energy performance. The new metrics will establish new targets that consider industry best practices and push the building industry to continually innovate.

These new metrics are meant to increase accuracy of the ENERGY STAR® score without creating bias in the data set. Accounts for these building types can enter these values when they’re enabled on August 26th.

Source energy is the counterpart to site energy. Site energy measures energy used after the energy meter – be that an electricity, natural gas, steam, chilled water, or other fuel type. Source energy measures the energy that goes into bringing that fuel type to the facility. Changes in the national energy infrastructure have reduced the waste in the electric grid, as has the deployment of off-site, grid-tied renewables (like solar PV and wind). Compared the update of the CBECS metrics, the changes in source energy metrics should have a substantially less, albeit a positive, impact on ENERGY STAR® scores.

What’s Next for your Building’s ENERGY STAR® Certification?

It’s a little late to squeak in under the old ENERGY STAR® metrics, but it’s the perfect time to start plotting your facility’s next steps to achieve ENERGY STAR® certification in 2019. Whether you’re interested in an energy audit, a retrocommissioning study, or targeted implementation assistance, kW Engineering is ready to lend a hand. Get in touch with us and we can start talking about how to reduce operating costs and rebound your score.